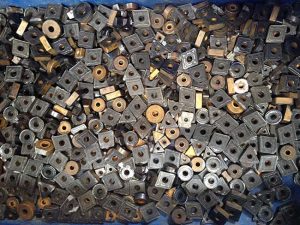 In its raw form, tungsten is a hard steel-grey metal that is often brittle and hard to work. If made very pure, tungsten retains its hardness (which exceeds that of many steels), and becomes malleable enough that it can be worked easily. It is worked by forging, drawing, or extruding. Tungsten objects are also commonly formed by sintering.

Of all metals in pure form, tungsten has the highest melting point (3422 °C, 6192 °F), lowest vapor pressure (at temperatures above 1650 °C, 3000 °F) and the highest tensile strength. Although carbon remains solid at higher temperatures than tungsten, carbon sublimes, rather than melts, so tungsten is considered to have a higher melting point. Tungsten has the lowest coefficient of thermal expansion of any pure metal. The low thermal expansion and high melting point and tensile strength of tungsten originate from strong covalent bonds formed between tungsten atoms by the 5d electrons. Alloying small quantities of tungsten with steel greatly increases its toughness.

WMR buy drilling bits from mine sites across Western Australia, these are the drill bits we buy and some information on them.

DTH (Down The Hole) Drill bits

Flat Face – General purpose bits that will work in all rock conditions but should be used in hard or abrasive conditions such as granite, basalt and hard limestone.

Convex Face – Are designed for fast penetration rates in softer rock like shale and limestone with low silica content.

Concave Face – Is designed for unconsolidated or broken rock. These face features will help drill straighter holes in medium to hard formations.

Wolfram Metal Recyclers have a high safety record on Mine Site operations, with a capable system of policies, procedure, training and documentation to ensure a safe and efficient approach to any works conducted on your site. 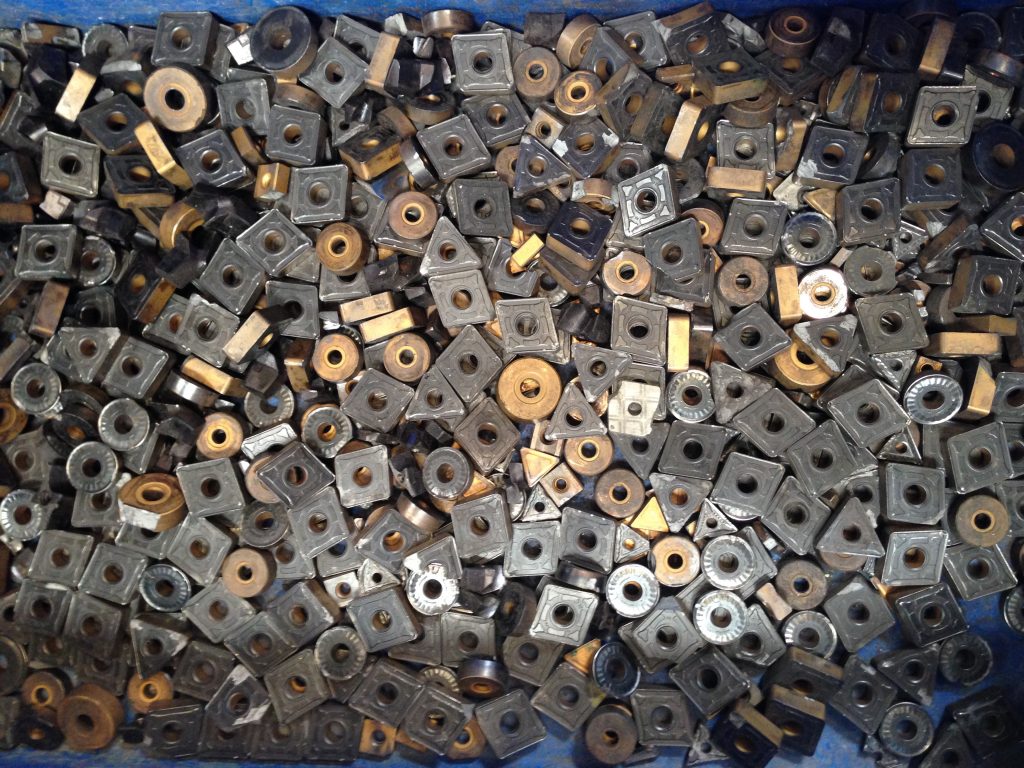